Finally we have been able to plan for our Film Festival again this year.

Dates have been changed to coincide with Parrsboro's 10 Days in October. Our 10th Anniversary festival will be October 1-3, 2021.

Due to this year being a bit different, with COVID-19 and other factors, we have decided to not include a short film competition.

Posted by Clarissa McCully at 2:40 PM

To all the friends, contributors, and supporters of the Parrsboro Film Festival:

Earlier this year, because of COVID-19, our 10th anniversary was postponed until 2021. Details will be available later next year, but screenings are planned at The Hall, in October 2021, to celebrate Parrsboro’s tenth film festival.

Changing times also give us an opportunity to make changes to the festival, such as moving it earlier, perhaps much earlier, into October. So, if you have suggestions, comments, or ideas—or if you would like to be involved—please leave messages here on Facebook or e-mail lori@gillespiehouseinn.com.

Thank you and see you next October.

Posted by Clarissa McCully at 2:40 PM

While the larger film festivals are going digital this fall because of COVID-19, the research we did earlier this year shows that is not a good option for us.

·         The Hall can make the necessary increase in band width for streaming a full-length movie to a digital audience, but much of our potential audience in this region cannot increase their band width sufficiently to watch without interruption.

·         As soon as the festival goes digital, many legalities that we currently do not have to deal with become serious issues: geo-blocking, distribution rights, more money for licensing fees, etc.

·         To run effectively, a digital festival requires a web site specifically organized for that purpose. This is a major effort, only worthwhile if it secures a wide audience.

·         Local tests of digital film festivals held earlier this year (HotDocs, We Are One) showed that even enthusiastic film goers watched one or two films, if any.

·         There will be a lot of competing digital content in and around the same time as PFF.

·         And to date, everyone has expressed a strong preference for the sense of physical community at The Hall … and no interest whatsoever in a digital version.

So, after much discussion, the PFF committee has decided to postpone the 10th anniversary of the Parrsboro Film Festival until October 2021, in the hope that we will be able to have a physical gathering at that time.

To all of you who wanted to attend or submit films this year, please keep us in mind for 2021. Thank you to our researchers and volunteers for their extra help in these rapidly changing times. And thank you to the National Film Board for their extensive consultations and practical advice.

Posted by Clarissa McCully at 7:13 PM

“Using a combination of rescanned and remastered archival documentary footage and new cinematic recreations, ‘George’ tells the story of one soldier’s experience and memory as a Canadian soldier in the First World War.”

Two short films (including her most recent work), followed by her award-winning feature film An Audience of Chairs. “A woman suffering from mental illness tries to cope with losing custody of her two daughters.”
Based on the novel by Joan Clark. Deanne Foley will introduce this film and answer questions afterward.

Non-competing documentary (while the ballots are counted) 12 Dogs Drive: The Run Home. Justin Allen and his dog team travel from Churchill to his hometown of St. John. This film documents their journey. Justin Allen and producer Greg Hemmings will introduce the film and answer questions afterwards.

Off the Beaten Path (documentary about artist Geoff Butler, by Devin Fraser, who will speak with the film)

Assholes: A Theory. A savagely entertaining documentary from acclaimed director John Walker. Inspired by the book by Aaron James. John Walker will introduce this film and answer questions afterward.

The Girl From Nordland. A film about the model who posed for—and inspired—Edvard Munch. Norwegian director Kirsti Grotmol will introduce this film and answer questions afterward.

Standing on the Line (documentary). When Olympic-class athletes decide to declare their sexuality openly, how are their careers affected? This documentary follows several stories and their different outcomes.

“Alarmed by the rising number of women in prison and inspired by the conviction of Senator Kim Pate, Conviction flips the narrative away from pop culture’s voyeuristic lens and hands it to the women who are being victimized.”

“In the United States, about two thirds of released prisoners are rearrested within three years. Joe was determined never to go back.”

The King of Fish and Chips (short documentary by Ben Proudfoot)

Posted by Anonymous at 2:54 PM

In order to accommodate submissions over 20 minutes in length, we have added a third section to this year’s competition: Long Shorts

Eligible Films: over 20 minutes--total screen time, festival version, including credits--but under 40 minutes (the Academy of Motion Picture Arts and Sciences’ minimum length for a feature)
If you have already submitted, we will contact you about competing in the new category. If you didn’t submit because of your film’s length, now is the time!

Film makers and Patrons please note: the new category will lengthen the competition, possibly taking the entire afternoon as well as Saturday morning.

Please see www.facebook.com/ParrsboroFilmFestival for updates
Films are screened in order of length, the shortest first. There is time for voting after each section. Winners are announced at the end of this session, after a short, non-competing film (shown while ballots are counted).

Admission by festival pass ($48 for the entire festival, Friday evening to Sunday afternoon) or individual tickets for this session ($15)
1. Short Shorts (no more than 5 minutes)
2. Shorts (more than 5 but no more than 20 minutes)
3. Long Shorts (over 20 but less than 40 minutes)

We will now be showing A Drummer’s Dream by John Walker as our second special event on June 9th, 7:30 pm at the Hall. 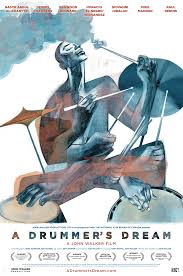 This is one of the festival’s first and most popular films so it is not to be missed!

Do not forget this and all special events are free with the purchase of a 2019 festival pass. Otherwise, admission is by donation to The Hall. Already have a pass? Attendance is free. Forgot your pass? We have a list!

Keep your eye on our website for information about I’ve Heard The Mermaids Singing, which will now be our third special event held in August.