The Parrsboro Film Festival announces the dates for its sixth annual celebration of Atlantic Canadian cinema Oct. 21 with an original lineup of films, filmmakers, music, and more to be announced shortly. 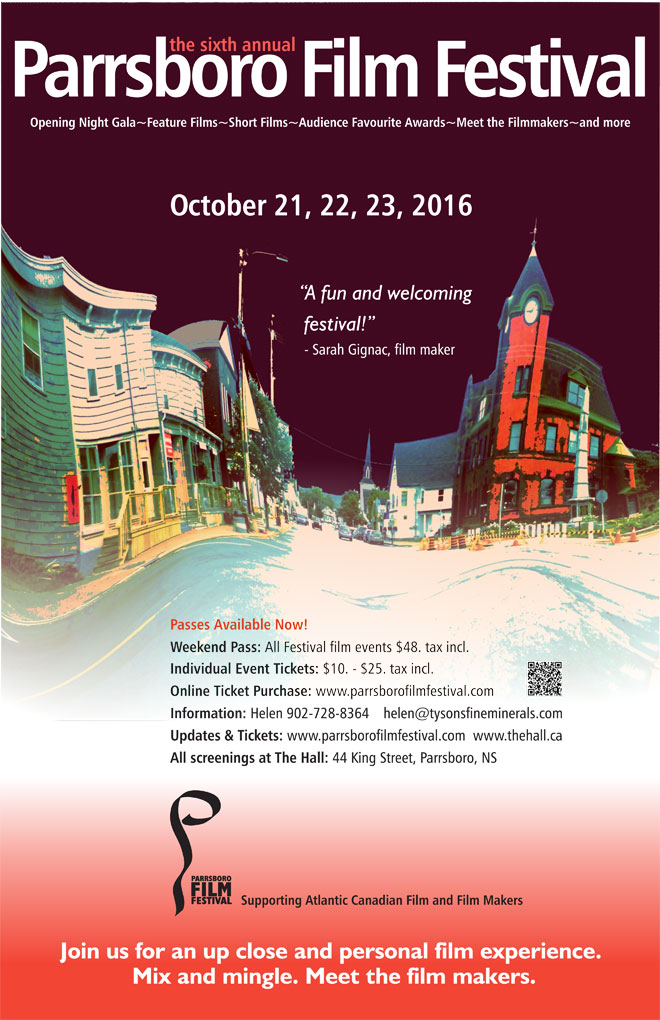 But when Shawn is kidnapped from school, her well-organized world falls apart.  After weeks without a single lead, not even a ransom note, Carol takes matters into her own hands.  She appeals for help to burned-out psychic Michael McFall.

The idea for a film festival was hatched in 2011 by a group of local film buffs who enjoy and appreciate independent films, especially those made in Atlantic Canada or with a strong Atlantic Canadian connection.

All films are screened at The Hall (www.thehall.ca), which has a big, 16-foot retractable screen, soft theatre seating, exceptional surround sound—and popcorn! Join us as we celebrate six years of film-festival success.
Posted by Krista/Ruca at 11:24 PM