If you missed the film tonight at the Hall do not worry there are still many chances to catch it playing some where in Nova Scotia! 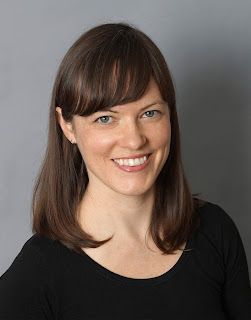 Nova Scotia filmmaker Aube Giroux is travelling around the province with her award-winning feature documentary film, “Modified”. The film tells the story of the filmmaker and her mother, whose shared love of food leads them into a deeply personal investigation into the world of genetically modified foods (GMOs). The film has received 13 festival awards since its release and has been an official selection at over 60 international film festivals. Giroux has traveled with the film across Canada and the United States and is now proud to be showing it in her home province, where much of the documentary was filmed. Screenings will be held in communities across Nova Scotia from February 27 to March 24 and the filmmaker will lead an audience Q & A following each screening.

Giroux spent ten years documenting the grassroots battle to label GMOs. “I wanted to find out why GMOs aren’t labeled here when polls show over 80% of Canadians are in favour, and 64 countries around the world already require that GMOs be labeled on food products”. Giroux was inspired to make the film when her mom, an avid gardener, seed saver, and food activist raised concerns about a 2001 report by the Royal Society of Canada which sharply criticized Health Canada’s approach to regulating GMOs. The report made 53 recommendations to the Canadian government. To this day, only 2 of the recommendations have been implemented. Two years into the film’s production, the filmmaker’s mom was diagnosed with a brain tumour, lending urgency to their shared quest for answers. Their intimate mother-daughter quest for answers ultimately reveals the extent to which the agribusiness industry controls food policies in both Canada and the US.

In 2017, a federal GMO labelling bill was defeated in parliament. All of Nova Scotia's Members of Parliament voted against the bill, which would have mandated the labelling of foods containing GMOs. Canada is currently the first and only country in the world to be selling a genetically modified animal (GM Atlantic Salmon) for human consumption. Like all other GMOs on the market in Canada, it does not carry a label.

“Modified,” which is also a visual celebration of food and the love of cooking, highlights recipes and cooking vignettes from the filmmaker’s James Beard Award-nominated PBS farm-to-table cooking show. World-renowned chef Jacques Pépin calls the film “a very personal, tender, touching tribute and a well-researched, enlightening and powerful documentary”. The film will be also airing nationally on CBC Television this spring.